Skip to content
Convert Bitcoin to Ethereum and backwards. Change ZCash to Bitcoin or Monero with lots of other cryptocoins. BTC to ETH, BTC to XMR, BTC to LTC.

Change your BTC to XRP quickly

If you got your XRP Wallet

then proceed with the form below. Put in the first field which SOURCE Cryptocurrency you got. Now 1 BTC for example. Then click on "Exchange". After that enter your Ripple Adress in the FIRST FIELD. If you exchange into an Exchange, then add the destination tag. Otherwise leave it blank for private wallets like lobstr or similar.

How to create your own XRP Wallet Video Tutorial 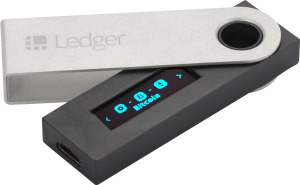 Ripple is the name for both a digital currency (XRP) and an open payment network within which that currency is transferred. It is a distributed, open-source payments system that’s still in beta. The goal of the ripple system, according to its website, is to enable people to break free of the “walled gardens” of financial networks – ie, credit cards, banks, PayPal and other institutions that restrict access with fees, charges for currency exchanges and processing delays.

According to is OpenCoin, the company behind ripple, the currency addresses the need to keep money flowing freely. A company blog post titled “Ripple and the Purpose of Money” gives a brief history of money and its transportability, and points to the frustration of having banks and other institutions impede the transfer of funds with transaction fees and processing delays. The goal of Ripple, it says, is to build on the decentralized digital currency approach set by bitcoin and do “for money what the internet did for all other forms of information.”

Ripple’s chief cryptographer, David Schwartz, explains it like this:

“Payment systems today are where email was in the early ‘80s. Every provider built their own system for their customers and if people used different systems they couldn’t easily interact with each other. Ripple is designed to connect different payment systems together.”

The company building the Ripple protocol, OpenCoin, was co-founded by CEO Chris Larsen and CTO Jed McCaleb. McCaleb is well-grounded in digital currency, coming from Mt. Gox, which currently handles the majority of the world’s bitcoin trades. Larsen previously co-founded and led the online financial company E-LOAN. Other developers on Ripple’s team also have a bitcoin background.

(Note: OpenCoin is not to be confused with OpenCoin.org, which is developing an open-source version of an electronic cash system developed by David Chaum.)

In many ways, yes. Like Bitcoin, Ripple’s XRP unit is a digital form of currency based on mathematical formulae and has a limited number of units that can ultimately be mined. Both forms of currency can be transferred from account to account (peer-to-peer, or P2P) without the need for any intervening third party. And both provide digital security to guard against the possibility of counterfeit coins.

6. Does that mean Ripple is a Bitcoin rival?

Ripple positions itself as a complement to, rather than a competitor with, Bitcoin. In fact, the site has a page dedicated to Ripple for bitcoiners.

The Ripple network is designed to allow the seamless transfer of any form of currency, whether dollars, euros, pounds, yen or bitcoins.

“Ripple will open up many more gateways for bitcoin users and easier ways to bridge bitcoin with the mainstream world of finance,” says Stephen Thomas, a senior developer for the ripple protocol and a bitcoin advocate.

7. How would Ripple benefit bitcoin users?

In addition to giving Bitcoin more ways to connect with those using other forms of currency, Ripple promises expedited transactions and increased stability. As a distributed network, Ripple does not depend on a single company to manage and secure the transaction database. Consequently, there is no waiting on block confirmations, and transaction confirmations can go through the network quickly.

Another advantage of using peer-to-peer is the absence of a “central target or point of failure in the system,” Ripple’s backers note.

8. How many Ripples will there be?